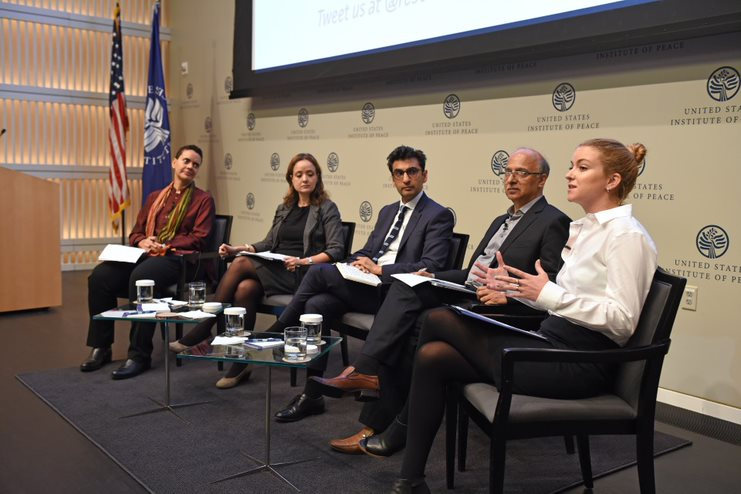 The near-daily litany of violence perpetrated by violent extremist groups like al-Qaeda, ISIS and Boko Haram illustrates the dearth of understanding about how these militant organizations successfully tap into social discord to advance their campaigns. On Thursday, September 29, the U.S. Institute of Peace and the RESOLVE Network convened researchers from around the world to help set priorities for policy-relevant research to identify effective responses.

Violent extremism presents a number of puzzles: What motivates individuals or groups attracted to political rhetoric advocating violence to take the next step of carrying out violent action? How is this type of violence different from other forms of political violence? When and under what conditions do communities choose to support, abstain from or actively reject violent social movements and extremist groups?

The Researching Solutions to Violent Extremism (RESOLVE) Network is a global consortium of researchers and research organizations launched in September 2015 on the sidelines of the United Nations General Assembly’s annual opening sessions in New York. The primary goal of the network is to generate, facilitate, aggregate and synthesize sound, locally informed research on the drivers of vulnerability and sources of resilience to violent social movements and extremism.

This inaugural RESOLVE Network Fall Forum featured discussions of preliminary recommendations from the network secretariat, which is based at USIP in Washington. The event included keynote remarks, panel discussions and opportunities for researchers, practitioners and policymakers to connect. Speakers and panelists included affiliated researchers, policy experts and guest speakers, with contributions from partner organizations in the Balkans, South and Central Asia, Horn of Africa, Europe and North America. Continue the conversation on Twitter with #RESOLVEForum.