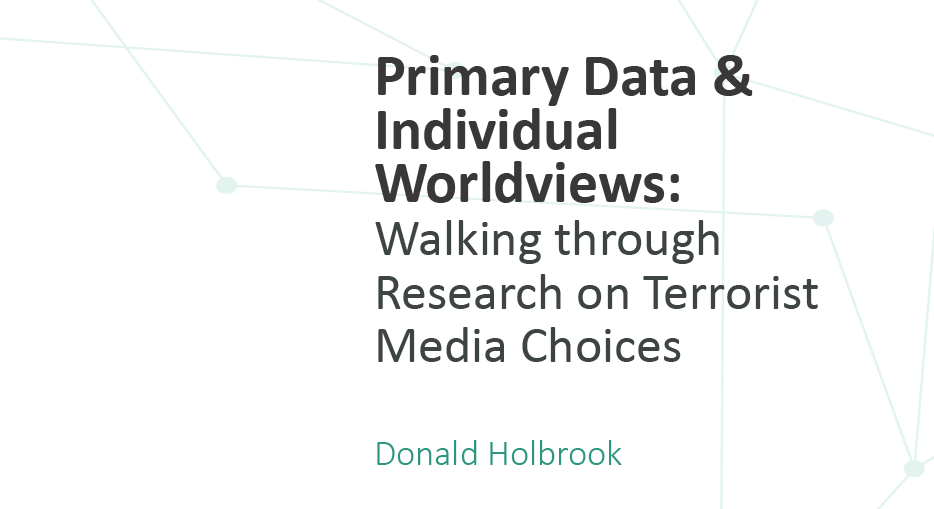 How do we measure terrorists' exposure to extremist narratives and what that suggests about their own worldviews and perspectives? While some degree of engagement with politically or religiously extreme narratives, ideologies, media, and movements is seen as part of what frames the emergence of political violence, identifying and measuring these interactions pose significant methodological challenges. Former extremists, for instance, may view their prior involvement in extremism differently with the benefit of hindsight then they might have done at the time of their involvement. Large-scale analyses of online media and communities, in turn, may tell us little about how those who later engaged in violent extremist activities consumed extremist materials and what that may, in turn, reveal about their own perspectives and worldviews.