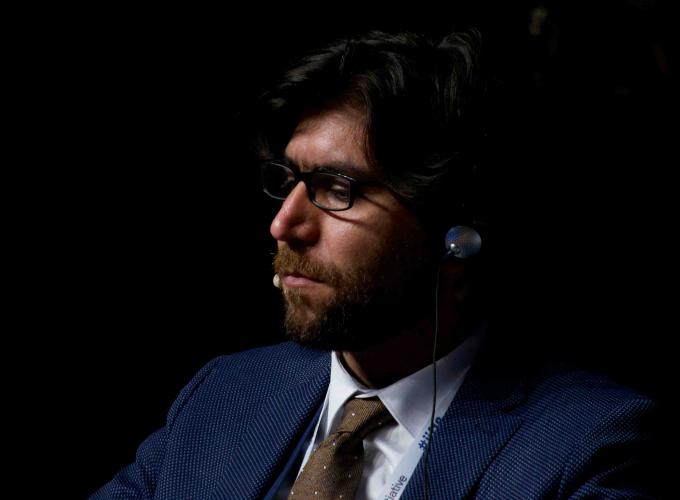 Dr. Omar Mohammed is a historian from Mosul, known until recently only as the anonymous blogger Mosul Eye. Through Mosul Eye, Omar set out to inform the world about life under the Islamic State in his city. He is currently teaching Middle East History and Cultural Heritage Diplomacy at Sciences Po University. His focus has now shifted to the advocacy of social initiatives for the people of Mosul, including the international effort to re-supply Central Library of the University of Mosul. At the intersection of media, academia, and civil society, Omar is motivated to develop new networks of collaboration and innovations in humanitarian action. As a historian and lecturer at the University of Mosul, he focuses his scholarly work on conceptual history and research dealing with local historiographies and narratives, micro-histories, and Orientalism. Omar is a regular media commentator on Iraq, has an MA in Middle East History from the University of Mosul, and was named 2013 Researcher of the Year by Iraq’s Ministry of Higher Education and Scientific Research. His doctoral research explores history and historians in the 19th and 20th century Mosul. He now lives in exile in France.