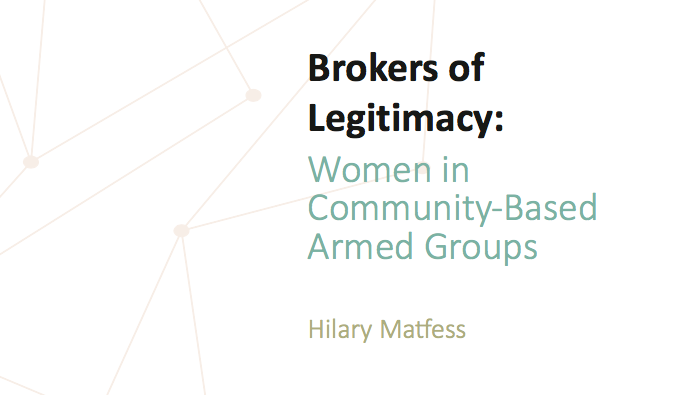 This report seeks to document women's forms of participation in both community-based armed groups (CBAGs) and peacebuilding in areas affected by CBAG violence in sub-Saharan Africa, with a focus on East Africa. This report finds that women participate in violence and clandestine operations, provide logistical support to CBAGs, and legitimize the groups’ activities to the civilian population. Though many narratives of women and conflict emphasize conscription and coercion as pathways for women’s entry into armed groups, women also lend support to CBAGs to advance their economic, social, or personal interests.

Women’s contributions to CBAGs are often underestimated in part due to their influence in informal or customary venues or through personal relationships; in many contexts, women express opinions through songs or customary rituals. This report also underlines that women are not a homogenous group and not all women are equally placed to participate in CBAG activities. This underlines the need to ask not only “where are the women?” but also “which women are where?” when discussing gender and conflict to understand how different types of women contribute differently to community-based armed groups.

This work was made possible through a partnership with the U.S. Agency for International Development.