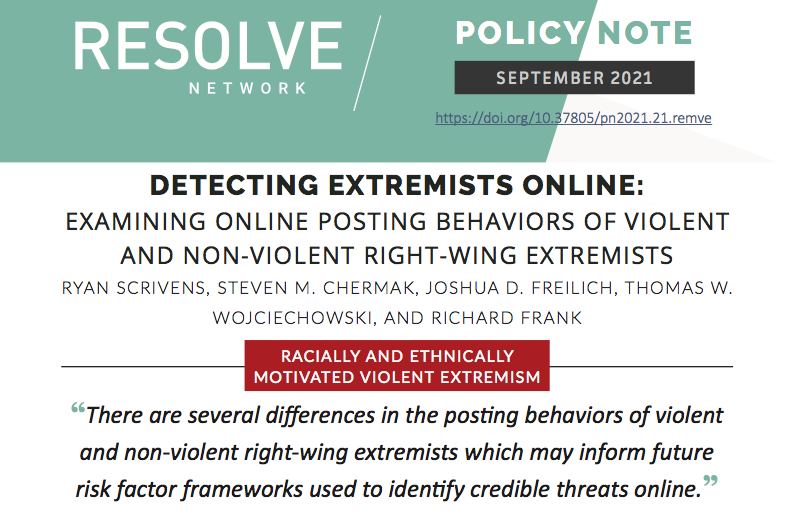 Like most of us, violent extremists often leave a digital footprint behind. Researchers, practitioners, and policymakers raise questions about whether violent individuals can be identified online prior to their attacks offline based on their online posting behaviors. Despite ongoing concerns, few empirically grounded analyses have identified which online users have engaged in violent extremism offline and then assessed their digital footprints, and fewer analyses have identified differences in posting behaviors of those who share extreme ideological beliefs but are violent or non-violent in the offline world. This policy note highlights the importance of both identifying and examining the online behaviors of violent and non-violent extremists in preventing and countering violent extremism (P/CVE) and provides researchers, practitioners, and policymakers with a number of recommendations for detecting and analyzing the online behaviors of violent and non-violent extremists in the future.