Gendered Security Sector Reform: What Can We Learn from Women’s Participation in Community-Based Armed Groups? 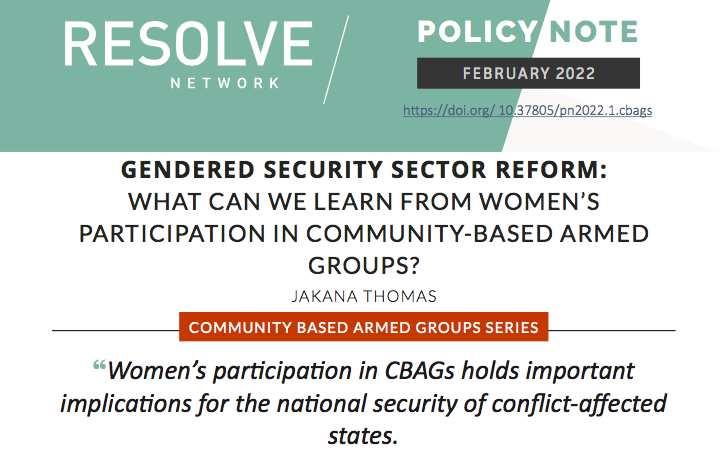 West African women are frequently absent from discussions of community security, despite their substantial contributions to local defense. Women are often viewed primarily as beneficiaries of attempts to reduce local violence, such that their roles in community-based security are typically overlooked. Yet women’s participation in CBAGs holds important implications for the national security of conflict-affected states. Understanding women’s participation in community-based armed groups matters for successful demobilization, disarmament, and reintegration programs and for states’ implementation of the global Women, Peace, and Security agenda, particularly gendered security sector reform. That women have been active—and in some cases instrumental— in establishing and maintaining local security can serve as a point of reference for states seeking to integrate more women into security institutions. Moreover, since CBAG politics are often governed by local norms and practices, understanding how women have become integrated into these local security structures can suggest means of achieving gendered security sector reform that are consistent with and respectful of local customs. This policy note briefly outlines and expounds upon some of the main insights of the author’s recent RESOLVE research report on women’s participation in West African CBAGs. It proposes a set of considerations for states and stakeholders to structure efforts around gendered security sector reform.