Identity, Rituals, and Narratives: Lessons from Reentry and Reintegration after Genocide in Rwanda 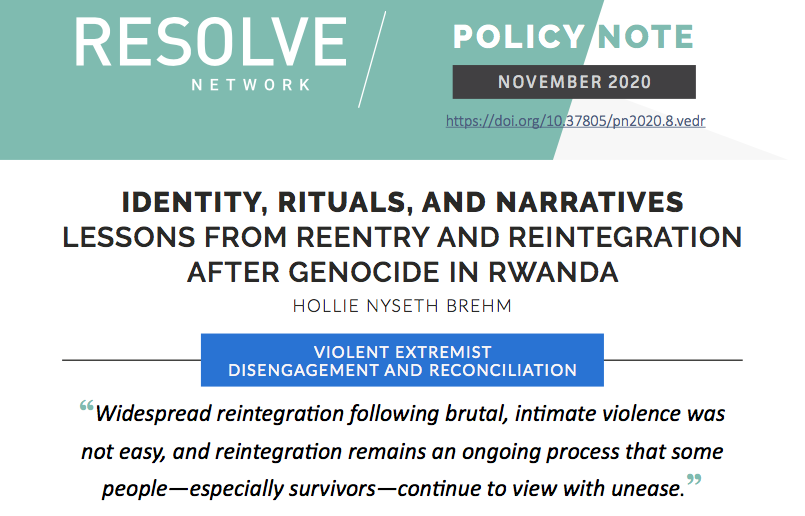 This policy note outlines core findings from a case study of the experiences of approximately 200 Rwandans as they left prison or community service camp and returned to their communities. Specifically, it relies upon interviews with each of these individuals before, 6 months after, and again 1 year after their release—as well as interviews with over 100 community members. Although reentry and reintegration are multifaceted processes, this policy note focuses on identity, rituals, and narratives with an emphasis on initial reentry, which sets the stage for broader reintegration. In doing so, the note highlights insights that are relevant to reentry and reintegration following not only genocide but also mass violence, war, insurgency, violent extremism, and other forms of political violence. It simultaneously recognizes, however, that the case of Rwanda has exceptional elements and addresses these elements throughout.