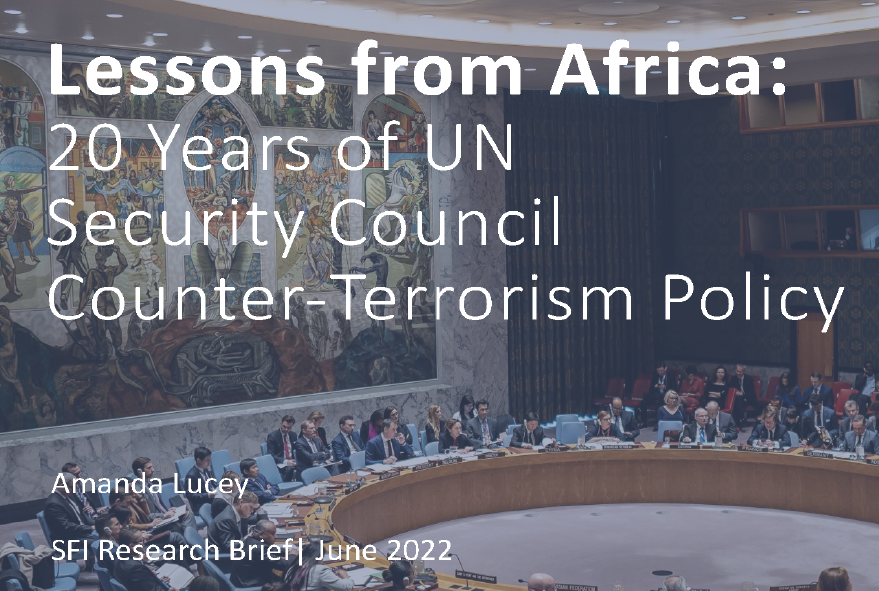 In 2021, Sub-Saharan Africa accounted for 48% of global terrorism deaths. The continent appears to be no closer to mitigating the threat that extremist groups pose, despite years of counter-terrorism (CT) operations and other measures, many of which are part of an effort to implement the various United Nations Security Council (UNSC) resolutions related to terrorism. New and innovative approaches are needed that extend beyond those that have dominated the CT landscape in Africa over the past two decades and which have been heavily influenced by decisions taken by the UNSC in New York. This research brief analyzes UNSC efforts, unpacks the African Union's approach to these issues, and looks at how these have impacted regional and national efforts on the ground before making recommendations on the way forward.

This research brief is the first in a series commissioned by the Securing the Future Initiative (SFI) and published by the RESOLVE Network. SFI is co-led by the Fourth Freedom Forum and The Soufan Center, with funding provided by generous support from the European Union, the German Ministry of Foreign Affairs, the Netherlands Ministry of Foreign Affairs, and the Swiss Federal Department of Foreign Affairs. Launched in September 2021, on the occasion of the twentieth anniversary of the 9/11 attacks, SFI is conducting the first-ever independent review and assessment of the United Nations Security Council’s counterterrorism activities.