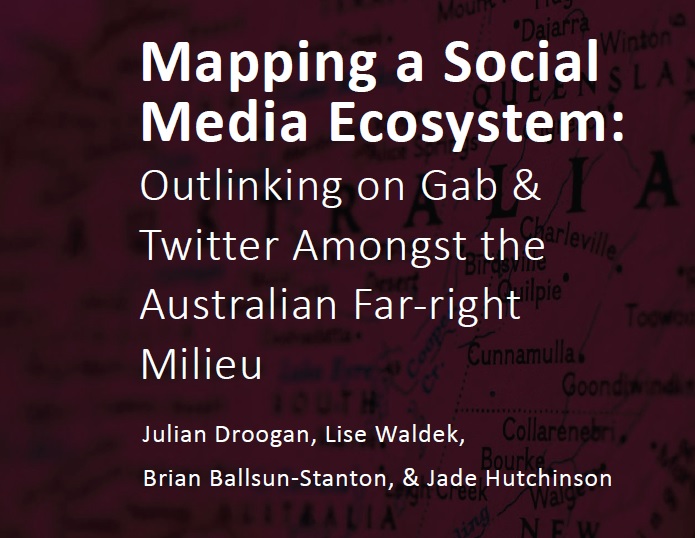 Attention to the internet and the online spaces in which violent extremists interact and spread content has increased over the past decades. More recently, that attention has shifted from understanding how groups like the self-proclaimed Islamic State use the internet to spread propaganda to understanding the broader internet environment and, specifically, far-right violent extremist activities within it. This focus on how far right violent extremist—including far-right racially and ethnically motivated violent extremists (REMVEs) within them—create, use, and exploit the online networks in which they exist to promote their hateful ideology and reach has largely focused on North America and Europe. However, in recent years, examinations of those online dynamics elsewhere, including in Australia, is increasing.

Far right movements have been active in Australia for decades. While these movements are not necessarily extremist nor violent, understanding how violent far right extremists and REMVEs interact within or seek to exploit these broader communities is important in further understanding the tactics, reach, and impact of REMVEs in Australia. This is particularly important in the online space access to broader networks of individuals and ideas is increasingly expanding.

Adding to a steadily expanding body of knowledge examining online activities and networks of both broader far right as well as violent extremist far right populations in Australia, this paper presents a data-driven examination of the online ecosystems in which identified Australian far-right violent extremists exist and interact, as mapped by user generated uniform resource locators (URL), or ‘links’, to internet locations gathered from two online social platforms—Twitter and Gab. This link-based analysis has been used in previous studies of online extremism to map the platforms and content shared in online spaces and provide further detail on the online ecosystems in which extremists interact.