Mistrust and Imbalance: The Collapse of Intercommunal Relations and the Rise of Armed Community Mobilization on the Niger-Mali Border 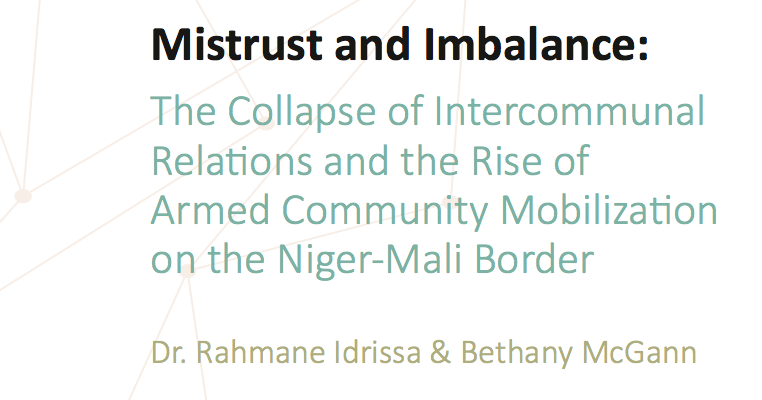 The border area of Mali, Niger, and Burkina Faso is a site of endemic violence. The area is punctuated by anti-state attacks, the targeted killing of traditional chiefs, and attacks on markets and other socioeconomic convening locales that otherwise serve as central mechanisms for the preservation of normalized intercommunal interactions. In addition, foreign military interventions and asymmetric insurgent warfare pits multiple state and non-state actors equipped with heavy weaponry against one another, adding another level of insecurity and threat to local communities.

Community-based armed groups (CBAGs) of Fulani and Tuareg ethnicity have aligned themselves with outside actors carrying out operations in the region out of choice, coercion, or in some cases both. Building on other research reports in RESOLVE’s Community-Based Armed Groups Series, this report explores local perceptions regarding the nature and impact of the violence in southwestern Niger. The report provides a summary of understanding of ongoing conflict dynamics from the most impacted communities and an insight on the knowledge and attitudes around actors participating in the violence. It hopes to inform efforts to bring an end to the violence and increase understanding of participating actors.

Idrissa, Rahmane, and Bethany McGann. Mistrust and Imbalance: The Collapse of Intercommunal Relations and the Rise of Armed Community Mobilization on the Niger-Mali Border. Washington, D.C.: RESOLVE Network, 2021. https://doi.org/10.37805/cbags2021.2.