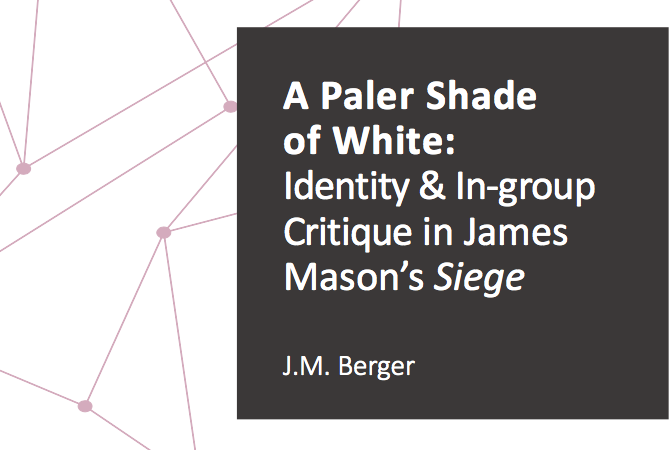 Discussions of extremist ideologies naturally focus on how in-groups criticize and attack out-groups. But many important extremist ideological texts are disproportionately focused on criticizing their own in-group. This research report will use linkage-based analysis to examine Siege, a White nationalist tract that has played an important role in shaping modern neo-Nazi movements, including such violent organizations as Atomwaffen Division and The Base. While Siege strongly attacks out-groups, including Jewish and Black people, the book is overwhelmingly a critique of how the White people of its in-group fall short of Nazi ideals. Siege’s central proposition—that the White in-group is disappointing, deeply corrupt, and complacent—shapes its argument for an “accelerationist” strategy to hasten the collapse of society in order to build something entirely new. Finally, this report briefly reviews comparable extremist texts from other movements to draw insights about how in-group critiques shape extremist strategies. These insights offer policymakers and law enforcement tools to anticipate and counter violent extremist strategies. They also highlight less-obvious avenues for potential counter-extremist interventions and messaging campaigns.