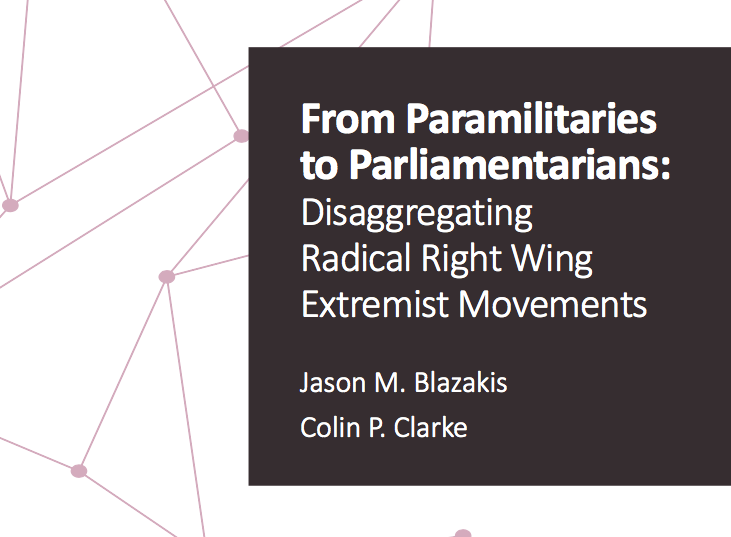 The global far right is extremely broad in nature and far from monolithic. While the “far right” is often used as an umbrella term, using the term runs the risk of over-simplifying the differences and linkages between white supremacist, anti-immigration, nativist, and other motivating ideologies. These beliefs and political platforms fall within the far-right rubric, and too often the phrase presents a more unified image of the phenomena than is really the case. In truth, the “far right” and the individual movements that comprise it are fragmented, consisting of a number of groups that lack established leadership and cohesion. Indeed, these movements include chauvinist religious organizations, neo-fascist street gangs, and paramilitary organs of established political parties. Although such movements largely lack the mass appeal of the interwar European radical right-wing extreme, they nevertheless can inspire both premeditated and spontaneous acts of violence against perceived enemies.

This report is intended to provide policymakers, practitioners, and the academic community with a roadmap of ongoing shifts in the organizational structures and ideological currents of radical right-wing extremist movements, detailing the difference between distinct, yet often connected and interlaced echelons of the far right. In particular, the report identifies and analyzes various aspects of the broader far right and the assorted grievances it leverages to recruit, which is critical to gaining a more nuanced understanding of the potential future trajectory of these movements.