Repatriating FTFs from Syria: Learning from the Western Balkans 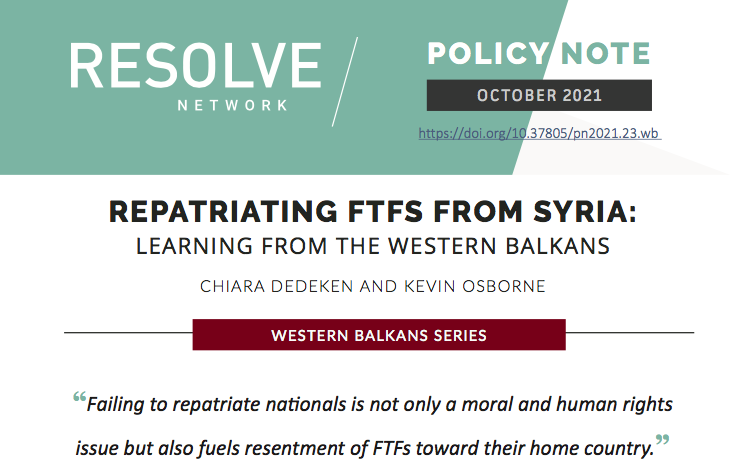 Four countries in the Western Balkan region (Kosovo, Bosnia and Herzegovina, North Macedonia, and Montenegro) are in the top ten countries with the most foreign terrorist fighters (FTFs) per capita.  The political will to repatriate FTFs remains strong, at least in the Western Balkans, despite delays in 2020 due to COVID-19. In other parts of the world, especially high-income countries, political will to repatriate is considerably lower. COVID-19 has further constrained nations in their efforts to repatriate law-abiding citizens, which is less controversial than FTF families.

Based on discussions with government officials and security officers in the Western Balkans, as well as international experts and donors, this policy note provides operational recommendations to move forward with repatriation, rehabilitation, and reintegration of returnees building on lessons from repatriations in Albania, Kosovo, and North Macedonia. It urges governments globally to double down on repatriation efforts and to call on experience from governments in the Balkans to bring back their FTFs now. The recommendations in this policy note are relevant to any country where political will to repatriate FTFs can be generated.