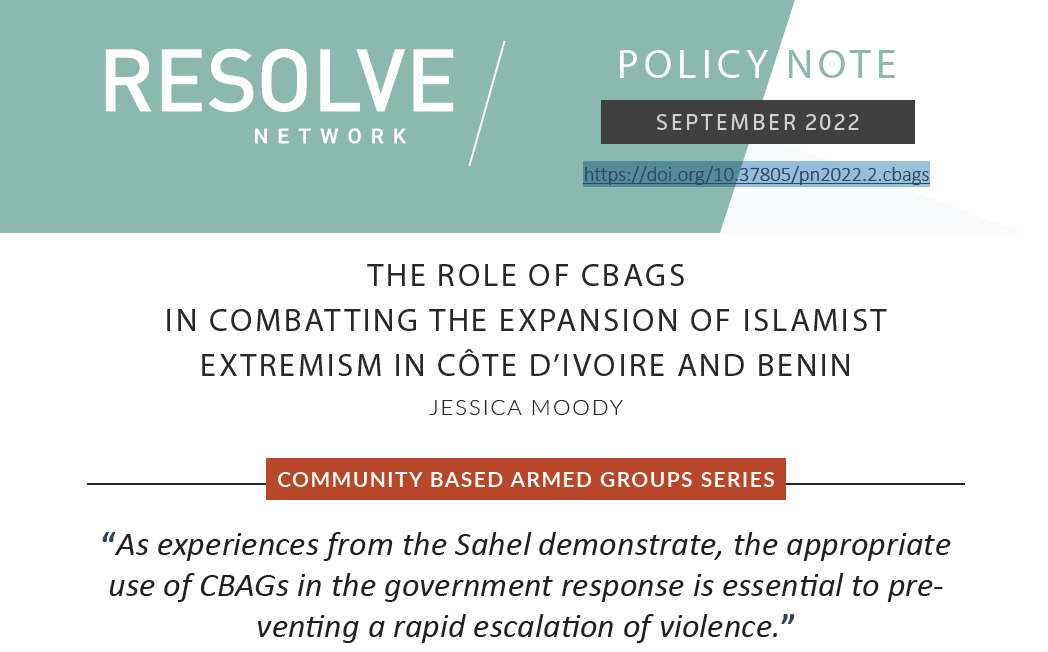 While Islamist extremist groups had been present and involved in criminal activities in northern Mali since the early 2000s, they began to gain ground in the Sahel around 2012, when small, local insurgencies connected with al-Qaeda began launching attacks in northern Mali. Now, both Benin and Côte d’Ivoire find themselves periodically targeted by these groups.

The role of community based armed groups (CBAGs) within this evolving threat is extremely important. The relationship between the state, local communities, and CBAGs is therefore crucial for coastal West African states to manage effectively. This is not least because CBAGs’ local knowledge and connections make them, if mobilized well, potentially valuable resources in combatting the proliferation of jihadist violence in coastal states.

This Policy Note seeks to address the challenges and opportunities posed by the role of CBAGs in combatting the expansion of Islamist extremism in Côte D’Ivoire and Benin.