The Role of the UN Security Council in Countering Terrorism & Violent Extremism: The Limits of Criminalization? 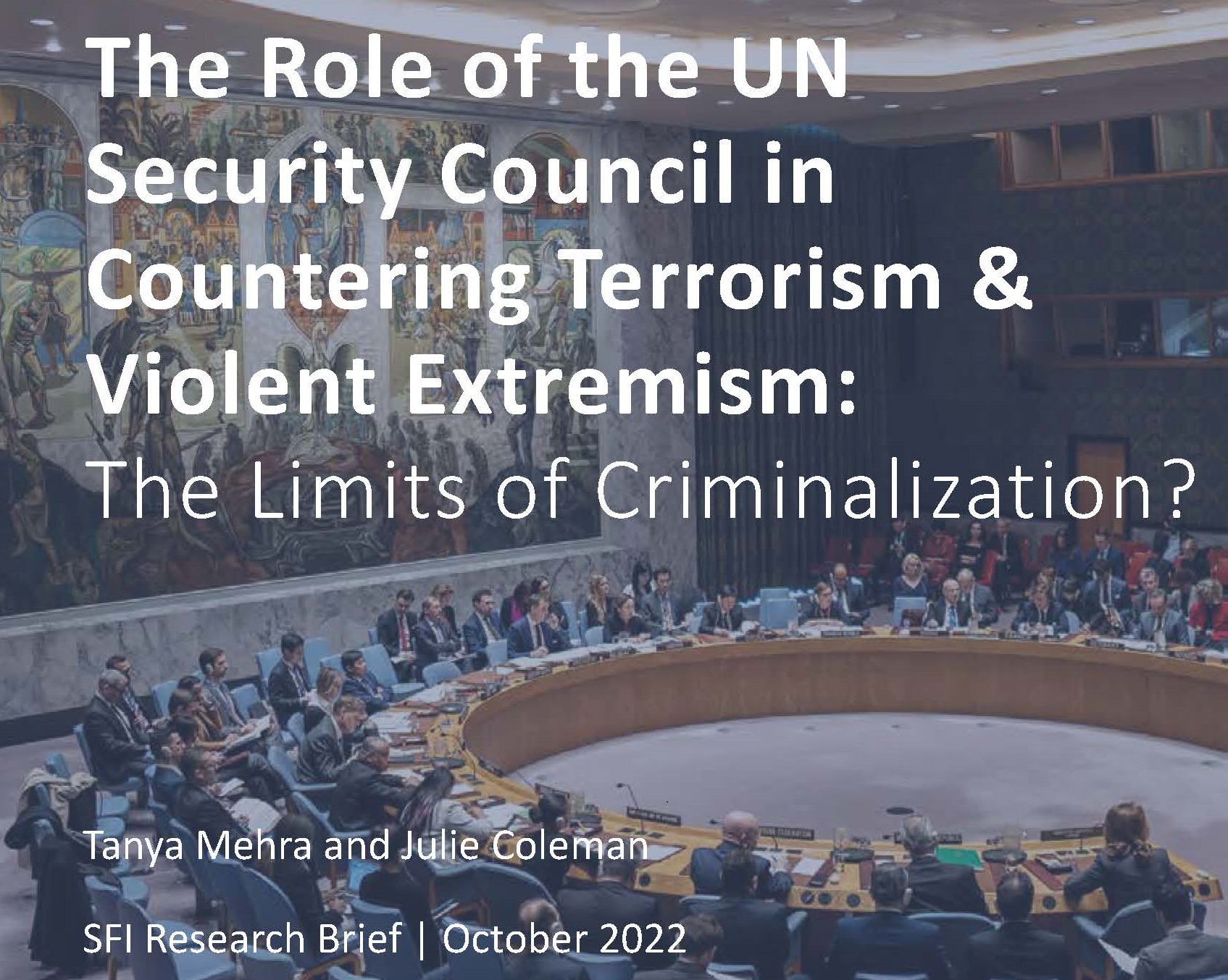 After the 9/11 attacks, a united global community entered an era which saw the proliferation of United Nations entities and organs focused on responding to terrorism. These bodies were created, at least in part, in response to the recognized need for a comprehensive multilateral counter-terrorism architecture to ensure international peace and security in the face of the growing specter of violent extremism. This response has notably also included an array of UN Security Council resolutions (UNSCRs) adopted to counter the threat of terrorism. A little over 20 years after the adoption of Resolution 1373 (2001), 52 terrorism related resolutions now exist, creating an elaborate set of measures for Member States to implement.

Despite this, however, terrorism was arguably more prevalent in 2021 than in 2001. A myriad of factors have led to the continued spread of terrorism, including the increasingly transnational nature of terrorists and terrorist networks, as well as the failure to adequately address the structural factors and underlying conditions that are conducive to the spread of violent extremism. In order to explain its persistence, one must not only examine the continued appeal of terrorist groups and violent extremist ideology and propaganda, but also reflect upon where, how, and why counter-terrorism responses have often failed to reduce the threat or, in some cases, even exacerbated the factors which give rise to terrorism in the first place. This includes the response of the Security Council, whose resolutions have created the obligation or expectation for Member States to continuously expand the criminalization of terrorism, without evidence that such an approach will lead to less terrorism.

This brief focuses on how some UNSCRs include measures that require Member States to criminalize conduct that has historically fallen within the pre-crime space and lacks a clear link to terrorist activities, and examines the subsequent impact this has on human rights and the effectiveness of the criminal justice system. At the same time, it explores the role that States themselves have played in the exceptionalization of terrorism in terms of criminal justice responses. Finally, it offers recommendations for both the UNSC and Members States on how to ensure that counter-terrorism architecture can both be human-rights based and simultaneously conducive to promoting peace and security.

This research brief is the fourth in a series commissioned by the Securing the Future Initiative (SFI) and published by the RESOLVE Network. SFI is co-led by the Fourth Freedom Forum and The Soufan Center, with funding provided by generous support from the European Union, the German Ministry of Foreign Affairs, the Netherlands Ministry of Foreign Affairs, and the Swiss Federal Department of Foreign Affairs. Launched in September 2021, on the occasion of the twentieth anniversary of the 9/11 attacks, SFI is conducting the first-ever independent review and assessment of the United Nations Security Council’s counterterrorism activities.