From Self-Defense to Vigilantism: A Typology Framework of Community-Based Armed Groups 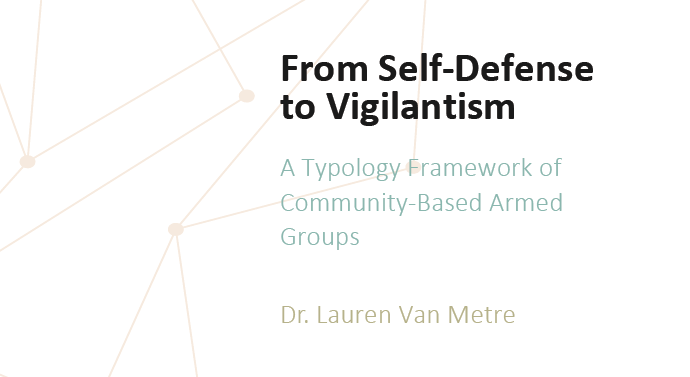 Given the influential and growing presence and diversity of community-based armed groups (CBAGs) in conflict-affected states, it is critical to develop analytical frameworks and typologies to support international, state, and community actors interacting with armed groups as political and security actors. As attention increases on state fragility and predation as the root causes of intrastate violence and the emergence of violent extremism, it is critical to include CBAGs in any analysis of the informal political and security networks that dominate fragile states in the absence of formal state institutions.

This report develops a typology framework to enhance the understanding of these groups and their roles in informal political and security networks. To elucidate CBAG operations, particularly the use of force, the report identifies key internal functions that anchor the position of CBAGs within state-society relations and denotes external factors that drive CBAG transformations from one type of armed group to another.