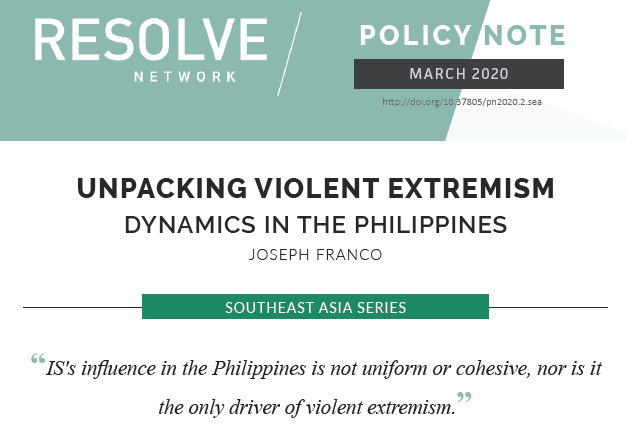 Overstating the importance of foreign ideology in driving conflict in Mindanao and elsewhere in the Philippines obscures localized drivers that must be addressed to prevent further violence. Most work on the Philippines, however, uncritically regurgitate jihadist propaganda without examining the roots of the conflict that precede the modern Philippine state, much less the number of non-IS affiliated militant groups that still operate in the Philippine territories. At the tactical level, there are indications that local non-state armed groups (NSAGs) have purposely distanced themselves from affiliation with foreign groups and fighters, some fearing that such affiliations would bring about more intense military operations that could disrupt NSAG illicit profit generating activities. Understanding how to address VE and the influence of IS in the Philippines requires deeper engagement with ongoing local dynamics, histories, and conflict resolution initiatives.