Consensus vs. Complexity: Challenges of Adaptability for the UN Security Council’s Counter-Terrorism Framework & the Women, Peace, and Security Agenda 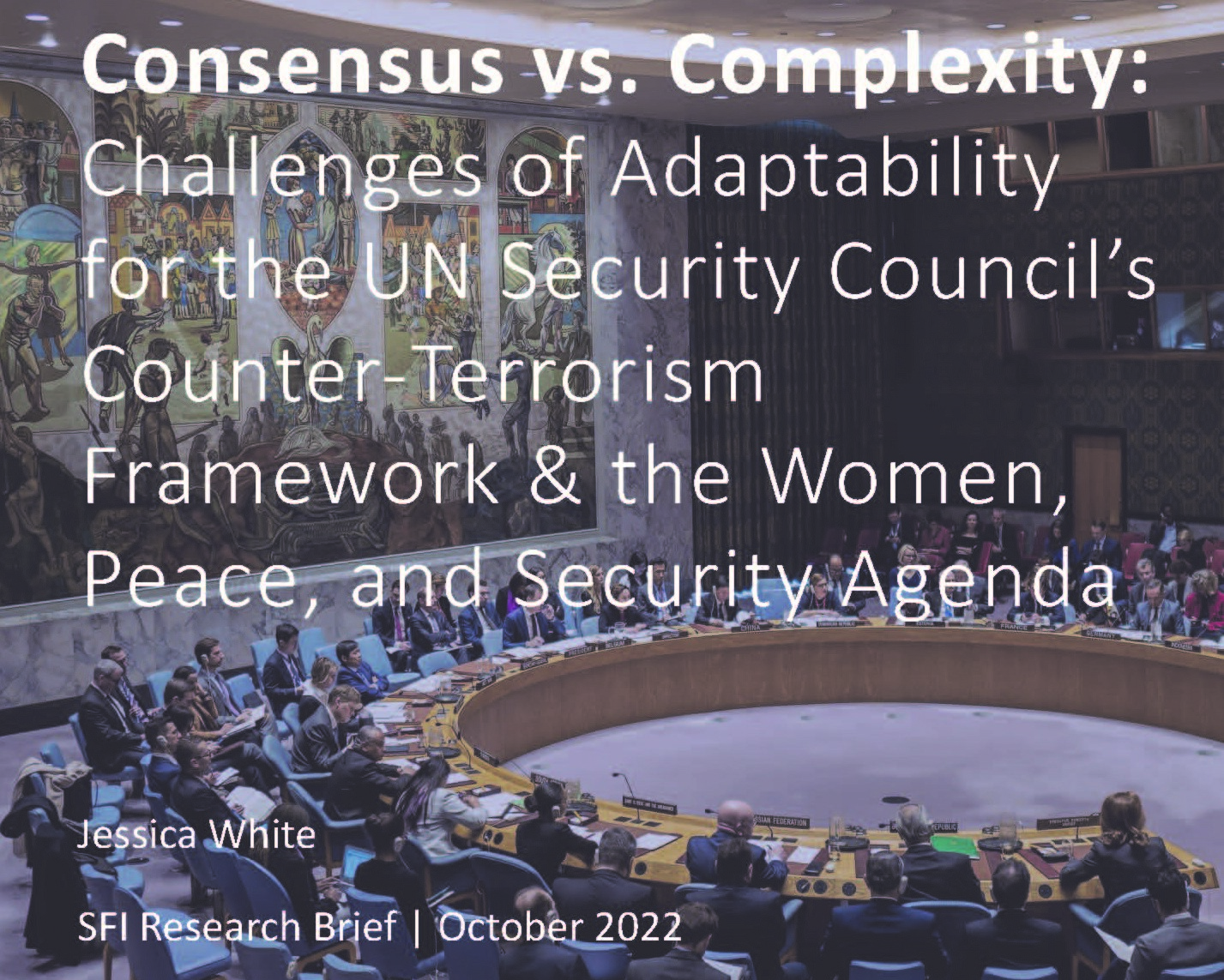 United Nations (UN) counter-terrorism (CT) policies are challenged by the emergence and resurgence of different threat profiles on the security horizon because its response framework is focused on one type of terrorism and violent extremism (T/VE) threat. As there is increasing focus on the threat of extreme right-wing T/VE in the current social and political context in the West, for example, the challenges of adaptability and transferability become apparent. This is often due to the lack of flexibility and nuance of the conversation around CT at the UN level. This same lack of consideration for complexity can be exemplified through the case of the UN Security Council’s (UNSC) Women, Peace, and Security (WPS) agenda and the subsequent application of gender mainstreaming strategies.

The WPS agenda was introduced with UNSC Resolution (UNSCR) 1325 in 2000 and developed over the next two decades with the adoption of nine follow-on resolutions. The increasing visibility of the impacts of terrorist groups on women and girls, and the articulation by some groups of a strategy that specifically targeted gender equality or utilized narratives promoting the subjugation of women, created greater momentum to push for the integration of the WPS and CT agendas, reflected most significantly in UNSCR 2242. However, even with this necessary focus on the protection and empowerment of women in the peace and security space, there has often been a more limited policy conversation around the wider gender perspective and analysis needed to effectively implement gender mainstreaming strategies. There needs to be increased attention given to understanding how socio-culturally defined gender roles and expectations impact how and why every individual engages with T/VE. Additionally, research is needed on how the wider gender equality goal of gender mainstreaming strategies can be implemented

This research brief examines the adaptability and transferability of the last two decades of UN CT legal and policy frameworks and architecture to the evolving threat landscape.

This research brief is the third in a series commissioned by the Securing the Future Initiative (SFI) and published by the RESOLVE Network. SFI is co-led by the Fourth Freedom Forum and The Soufan Center, with funding provided by generous support from the European Union, the German Ministry of Foreign Affairs, the Netherlands Ministry of Foreign Affairs, and the Swiss Federal Department of Foreign Affairs. Launched in September 2021, on the occasion of the twentieth anniversary of the 9/11 attacks, SFI is conducting the first-ever independent review and assessment of the United Nations Security Council’s counterterrorism activities.